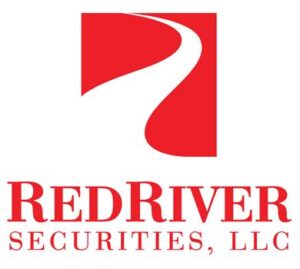 In March 2017, Hardwick was barred by FINRA and sanctioned to $16,214.46 in monetary penalty other than fines and $24,615,849.21 in restitution to customers for fraudulent sales in five oil and gas joint ventures.

According to the FINRA complaint, Hardwick allegedly made “material misrepresentations and omissions related to joint venture offerings that were organized as general partnerships for the purpose of engaging in oil and gas drilling, as alleged in the first cause of action. The complaint alleges that Hardwick misrepresented to investors that prior wells drilled were producing and profitable, when they were not and omitted from offerings the authorizations for expenditures (afes) – the expected costs to complete the proposed projects – although the afes for those offerings had been prepared and relied upon by Hardwick in pricing the offerings.” The FINRA panel also found that Hardwick intentionally and fraudulently misrepresented and omitted material facts in connection with the sales of interests in oil and gas joint ventures issued by Regal Energy, LLC, a private oil and gas placement in which Hardwick also acted as CEO. It is also alleged that Hardwick did not disclose to his customers the conflict of interest with his relationship to Regal Energy, LLC.

The complaint also alleged that Hardwick misrepresented to investors the amount of income investors in prior wells had received by inflating those prior income distributions, and he failed to disclose that investors were investing in a “Wildcat” well, which was subject to additional specific development risks than those disclosed in the offerings. It is also alleged that Hardwick sold unregistered securities without complying with the requirements of the offering registration exemptions. The complaint also alleges that Hardwick recommended the offerings without first having obtained sufficient customer information to determine the suitability of the investments for firm clients.

Hardwick has been the subject of two customer complaints in 2012 and 2013, according to his CRD report:

January 2013. “In September 2011 [third party] became the administrator of H. Russell Ohlheiser, Jr. estate. In a letter dated december 26, 2012 [third party] states that it is his impression, based on conversations that his administrative assistance has had with regal energy, that regal energy has decided to “Sit” on the investments meaning to stall or delay allowing the well to produce; then start assessing investors for operating expenses in an attempt to force them to abandon their investments and then sell off the remainder of the investment at a relatively lucrative profit.” The customer is seeking $1,975.70 in damages and the case is currently pending.

June 2012. “The allegations include violations of the texas securities act, the texas deceptive trade practices act, fraud, negligence and negligent misrepresentation. Clifford l. Zarsky, the estate of Clifford l. Zarsky, Aarsky Genral (sp) Partner, LLC have never been a client of Red River Securities, LLC.” The customer is seeking $5,891,625 in damages and the case is currently pending.

Pursuant to FINRA Rules, member firms are responsible for supervising a broker’s activities during the time the broker is registered with the firm. Therefore, Red River Securities, LLC may be liable for investment or other losses suffered by Hardwick’s customers.

Erez Law represents investors in the United States for claims against former Red River Securities, LLC financial advisor Brian Hardwick, who was recently barred by FINRA regarding securities fraud. If you were a client of Red River Securities, LLC or another firm, and have experienced investment losses, please call us at 888-840-1571 or complete our contact form for a free consultation. Erez Law is a nationally recognized law firm representing individuals, trusts, corporations and institutions in claims against brokerage firms, banks and insurance companies on a contingency fee basis.