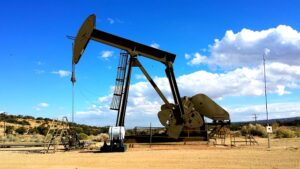 The customer entrusted Leonard and Wells Fargo with all of her irreplaceable retirement savings and the vast majority of her net worth, as well as the fun from her late husband that was intended to benefit the client’s son. The client was retired, risk-averse and an unsophisticated investor. The client was primarily interested in investing in fixed-income investments that would generate a modest yield while preserving her retirement savings.

Erez Law alleges that Leonard implemented a reckless and unsuitable strategy of dangerously concentrating the client’s retirement savings and the trust in high-risk energy stocks, including:

It is alleged that by recommending a concentrated position in mostly high-risk energy stocks, Leonard further magnified the risks to which the customer was unknowingly exposed. This strategy was blatantly unsuitable. Additionally, Several of the energy companies that Leonard recommended filed for bankruptcy such as Breitburn Energy Partners, Linn Co., Seadrill Partners and SunEdison. Other companies such as Sandridge Mississippian avoided bankruptcy but are trading at distressed levels and have not recovered despite the recent surge in oil prices.

Leonard also recommended other high risk and unsuitable stocks not in the energy sector, including, but not limited to the following:

Leonard did not obtain the client’s approval before executing transactions in her accounts, and thus the trades were unauthorized. Erez Law also alleges that Leonard failed to disclose to the customer the significant risks inherent to his unsuitable and reckless recommendations and strategy.

It is alleged that the customer sustained losses in excess of $450,000 in high-risk and unsuitable securities that Leonard sold her in her retirement accounts. The trust also sustained losses in excess of $100,000. In late 2017, the customer learned of scope of her losses in the investments that Leonard sold her and she ended her relationship with Leonard. Since then, the Erez Law client was forced to sell her home and downsize, as she could no longer afford to maintain her home.

In December 2016, Leonard terminated his employment with Wells Fargo. There is no doubt that Leonard’s termination was related to the volume of customer complaints. In March 2017, Leonard was permanently suspended from the securities industry by FINRA.

In addition to the case above, Leonard recently has been the subject of five additional customer complaints in 2016, according to his CRD report: