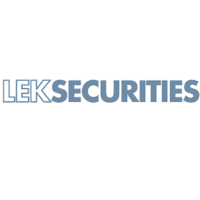 In December 2019, FINRA barred Lek following allegations that “he and his member firm aided and abetted manipulative trading activity by a firm customer. The complaint alleges that Lek and the firm knowingly or recklessly rendered substantial assistance to the customer in connection with the prohibited manipulative trading simply because the customer account brought in sufficient business to the firm to make it profitable, notwithstanding numerous red flags and ongoing investigations into the activity by FINRA, the Securities and Exchange Commission, and various exchanges.”

The FINRA complaint also alleges that Lek, as the firm’s CEO and CCO, was ultimately responsible for the firm’s compliance with supervision requirements. FINRA also alleged that “Lek and his firm failed to establish and maintain required written supervisory procedures (WSPs) in numerous ways, including the failure to tailor the procedures to the firm’s business and to include sufficient procedures for the firm’s market access business, failing to designate a responsible person who was sufficiently informed to perform his duties, and by maintaining WSPs that were inadequate, contained errors, or were at variance with steps actually performed. Lek and the firm also failed to enforce the firm’s WSPs, including its procedures pertaining to outside business activities and accounts and adherence to the firm’s electronic communications policy.”

In December 2019, Lek ”consented to the sanctions and to the entry of findings that he and his firm, Lek Securities Corporation (“LSCI” or the “Firm”), (together “the Respondents”), aided and abetted manipulative trading (“layering”) by a customer of the Firm through the customer’s master-sub account at the firm. LSCI also aided and abetted the customer in the operation of an unregistered broker-dealer through the customer’s account. In addition, LSCI – committed, and Lek caused, Market Access Rule violations; LSCI and Lek committed supervisory violations; and LSCI committed numerous ancillary violations concerning retention of electronic communications, and other supervisory violations pertaining to the failure to conduct periodic examinations of customer accounts, review of electronic communications, Central Registration Depository (“CRD”) information, and outside business activities. The violations occurred on numerous exchanges, including PHLX. Between August 1, 2012, and June 30, 2015 (the “Options Market Review Period”), LSCI and Lek provided direct market access to non-registered options market participants to multiple market centers, including PHLX. While providing such access, LSCI and Lek aided and abetted manipulative options trading in the customer’s account. Taken together, the various violations demonstrate that LSCI and Lek knowingly or with extreme recklessness aided and abetted the misconduct occurring in the customer’s account throughout the relevant periods simply because the customer’s account brought in sufficient business to the Firm to make it profitable, notwithstanding numerous red flags and ongoing investigations into the activity by FINRA, the Securities and Exchange Commission (”SEC”), PHLX and other exchanges.” Based on this Lek was barred by Nasdaq PHLX LLC.

In November 2019, Cboe Exchange, Inc., Cboe BYX Exchange, Inc.; Cboe BZX Exchange, Inc.; Cboe EDGA Exchange, Inc.; and Cboe EDGX Exchange, Inc. barred Lek regarding the following allegations: “Lek Securities Corporation & Samuel Frederik Lek failed to provide market access to foreign traders who engaged in various forms of manipulative trading on U.S. equity and options exchanges, including layering, spoofing, and cross-product manipulation; Samuel Lek and Lek Securities substantially assisted this trading through a master-sub account held at Lek Securities and failed to reasonably supervise it; failed to supervise the activities of the firm’s registered persons to achieve compliance with applicable securities laws and regulations, and failed to establish, maintain, and enforce written supervisory procedures to supervise the types of business in which the firm engaged; violated the Market Access Rule, which requires broker-dealers that provide their customers access to an exchange or alternative trading system to reasonably control the financial and regulatory risks of providing such access. Disregarding repeated alerts and communications from regulators concerning potentially manipulative trading in the master sub-account, Samuel Lek and Lek Securities continued to allow their customers to engage in layering, spoofing, and cross-product manipulation.”

In October 2019, the Securities and Exchange Commission (SEC) barred Lek for his participation in a penny stock offering.

In November 2018, Lek consented to the FINRA entry of findings that he and his member firm “failed to implement Anti-Money Laundering (AML) policies, procedures, and internal controls reasonably expected to detect and cause the reporting of suspicious transactions and reasonably designed to achieve compliance with the Bank Secrecy Act, 31 U.S.C. § 5311, et seq., and the implementing regulations promulgated thereunder. The findings stated that as his firm’s AML compliance officer as well as its chief executive officer and chief compliance officer, Lek was responsible for the firm’s AML program and was actively involved in all facets of its implementation. The activity resulted in microcap trades being conducted without reasonable detection, investigation, and determination as to whether such transactions should be reported on a suspicious activity report. The findings also stated that Lek failed to supervise for compliance with Section 5 of the Securities Act of 1933. Lek and the firm failed to establish reasonable WSPs to fulfill the firm’s obligations to conduct a searching inquiry, prior to liquidating microcap securities, to determine whether the customer’s resale of those shares was registered or subject to an exemption from registration. The firm, acting under Lek’s direction, also failed to conduct reasonable due diligence on the deposits, customers, and issuers despite red flags that existed at the time of deposit or trading of microcap securities, including instances where: a sudden spike in investor demand existed, coupled with a rising price in, the securities; the issuers were shell companies when they issued the shares; the issuers’ SEC filings were not current, or were incomplete or nonexistent; there was limited or negative public information available about the issuers, their affiliates, their officers, or their shareholders; and information available about the issuers was derived from questionable press releases or promotional campaigns.”

In March 2017, the SEC opened an investigation into Lek involving, “two schemes to manipulate the securities markets perpetrated by Avalon FA Ltd, a foreign trading firm (Ukraine-based). Avalon’s disclosed principal and an undisclosed control person of Avalon and a former registered representative at LEK Securities Corporation (LEK)) directly participated in and assisted the manipulative schemes. The schemes were made possible through and with the participation and assistance of LEK, a U.S. broker-dealer based in New York, and Samuel Lek, LEK’s Chief Executive Officer (“CEO”). They provided Avalon with access to the U.S. securities markets to execute the schemes, and otherwise assisted in carrying out the schemes. The first manipulative trading scheme, known as “layering,” involved manipulating the markets of U.S. stocks. Under this scheme, Avalon placed “non-bona fide orders”-in other words, orders that Avalon did not intend to execute and that had no legitimate economic reason-to buy or sell stock with the intent of injecting false information into the marketplace about supply or demand for the stock. Avalon engaged in hundreds of thousands of instances of layering in numerous securities from approximately December 2010 through at least September 2016, and Avalon made millions of dollars in profits from the scheme. The second manipulative trading scheme is referred to herein as the “cross-market manipulation,” “cross-market scheme” or “cross-market strategy.” In this scheme, Avalon bought and sold U.S. stock at a loss for the purpose of moving the prices of corresponding options, so that Avalon could make a profit by trading those options at artificial prices that they would not have been able to obtain but for the manipulation. Avalon’s stock trades had no legitimate economic reason, and were intended to inject into the market false information about supply and demand in order to move the prices of corresponding options to artificial levels. Avalon engaged in hundreds of instances of cross-market manipulation involving numerous stocks and options from at least August 2012 through at least December 2015, and Avalon made millions of dollars in profits from that scheme. Together, the layering and cross-market manipulation schemes orchestrated by Avalon through LEK generated illicit profits of more than $28 million. The schemes were made possible through the participation and substantial assistance of LEK and Samuel Lek, the majority owner and CEO of LEK, and the undisclosed control person of Avalon who also served as a registered representative of LEK. LEK, as a registered broker-dealer, provided Avalon with direct access to the U.S. securities markets and, along with Samuel Lek as CEO, approved, permitted and facilitated Avalon’s schemes even though they knew or were reckless in not knowing that Avalon was engaging in market manipulation. Samuel Lek had ample motive to assist and allow Avalon’s manipulative trading.”

Lek has been the subject of one customer complaint, according to his CRD report:

March 2019. “An attorney for [REDACTED] filed a FINRA arbitration against Lek Securities Corp, Lek Holdings Ltd, Samuel Lek, and Charles Lek, alleging damages of at least $500,000.00 due to frozen funds; excessive Fees; misrepresentation and breach of contract. [REDACTED] is not a customer of Lek Securities Corp. The FINRA Office of Dispute Resolution Arbitration Number is 19-00800.” The customer is seeking $500,000 in damages and the case is currently pending.

Pursuant to FINRA Rules, member firms are responsible for supervising a broker’s activities during the time the broker is registered with the firm. Therefore, Lek Securities Corp. may be liable for investment or other losses suffered by Lek’s customers.