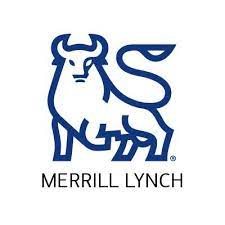 Erez Law is currently investigating former Merrill Lynch, Pierce, Fenner & Smith Incorporated broker Joshua Nicholas (CRD# 6529944) regarding outside business activities, also known as selling away. Joshua Nicholas was registered with Merrill Lynch, Pierce, Fenner & Smith Incorporated in Stuart, Florida from February to July 2020, when he was terminated regarding, “Conduct involving forgery of a client document.” Previously, he was registered with Midtown Partners in Chicago, Illinois in August 2016.

In December 2020, the NFA issued a complaint against JDN Capital, LLC and Joshua Nicholas alleging that he failed to cooperate by not producing documents and information that NFA requested during its investigation. He was sanctioned to pay $125,000 in civil and administrative penalties and fines.

In January 2022, he was barred by FINRA after he consented to the sanction and to the entry of findings that he converted customer funds. FINRA found that he engaged in futures contracts through an outside business activity (OBA). According to FINRA, “Two of Nicholas’s OBA customers lost more than $1 million as a result of his futures trading. In a purported effort to recoup some of their losses, Nicholas convinced the customers to invest $300,000 in a promissory note with his OBA so that entity could invest the additional funds in securities on their behalf. However, Nicholas transferred $280,000 from his company’s bank account to his personal bank account and spent approximately $58,000 of these funds on personal expenses. The findings also stated that Nicholas provided the customers with a fictitious brokerage statement containing material misrepresentations. After executing the promissory note, Nicholas’s customers repeatedly asked him to provide a copy of the company’s account statement to show them whether and how the proceeds of the note had been invested. In response to these requests, Nicholas prepared and emailed a copy of a brokerage statement purporting to show that his company had opened a brokerage account at a FINRA member firm, and that the account owned a number of securities to secure the note. The brokerage statement stated, among other items, that the account was in the name of Nicholas’s company, that the account held shares of certain equity securities, and that the account had earned approximately $72,000 in dividend income that month. In fact, Nicholas had fabricated the document. Neither Nicholas’s company nor he had an account at the firm, and neither his company nor he owned any assets custodied at the firm. The claims in the fabricated statement were therefore false. The findings also included that Nicholas engaged in an undisclosed business activity. Nicholas failed to provide written notice to his member firm that he was engaged in an OBA involving the corporate entity he formed and through which he traded futures contracts. Nicholas did not receive approval from the firm to engage in his OBA. Moreover, Nicholas falsely attested in a firm annual compliance certification that he did not engage in any OBAs. FINRA found that Nicholas engaged in an undisclosed private securities transaction. The promissory note that Nicholas solicited his OBA customers to invest $300,000 in was a security and Nicholas participated in this private securities transaction away from the firm. Nicholas failed to either provide prior written notice to the firm or receive prior written permission from the firm prior to engaging in the transaction.”

Joshua Nicholas has been the subject of one customer complaint, according to his CRD report:

August 2020. “The Trustees allege unsuitable investment recommendations, selling away and omission of material facts in February 2020.” The case was settled for $275,000. The complaint was regarding retirement savings and took place while he was registered with Merrill Lynch, Pierce, Fenner & Smith Incorporated.

Pursuant to FINRA Rules, member firms are responsible for supervising a broker’s activities during the time the broker is registered with the firm. Therefore, Merrill Lynch, Pierce, Fenner & Smith Incorporated may be liable for investment or other losses suffered by Joshua Nicholas’s customers.