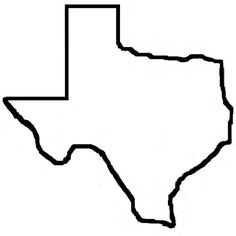 In April 2019, FINRA suspended Thurmond for 15 months and sanctioned him to $25,000 in civil and administrative penalties and fines as well as $42,724 in disgorgement, after “Thurmond consented to the sanctions and to the entry of findings that he recommended unsuitable leveraged and inverse-leveraged exchange traded fund (ETF) transactions to a customer. The findings stated that Thurmond placed forty-five trades of leveraged and inverse leveraged ETFs trades in the customer’s account for a total of approximately $328,000. Thurmond placed the first eighteen of these trades without obtaining prior authorization, knowledge or consent from the customer or his power of attorney. Thurmond did not have discretionary trading authority in the customer’s account during this time. Moreover, the customer’s account held many of the leveraged and inverse-leveraged ETFs much longer than the short holding periods discussed in the prospectuses. In fact, the customer’s account held the ETFs for as long as 600 days, with an average holding period of over 150 days. These investments were not suitable given the customer’s risk tolerance, financial experience, and liquidity. As a result of Thurmond’s unsuitable recommendations, the customer suffered losses of $212,731, while generating $42,724 in commissions to Thurmond. The customer recovered his losses through an arbitration proceeding against Thurmond’s member firm. The findings also stated that Thurmond caused his firm to maintain inaccurate books and records by maintaining authorization forms that the customer had signed but were otherwise blank. Thurmond had engaged the customer and his power of attorney in discussions about executing paperwork granting trading authority in the account to the power of attorney and executing paperwork granting discretionary trading authority to Thurmond. During this process, Thurmond received, maintained, and utilized multiple versions of a trade authorization form in his client files for the customer. The customer signed two versions of the form, but neither form designated to whom he granted trading authority.”

Thurmond has been the subject of four customer complaints between 1986 and 2014, according to his CRD report. One more recent complaint is regarding:

June 2014. “Negligence, churning, misrepresentations, suitability, unauthorized trading, violation of the Texas Securities Act, common law fraud, and breach of fiduciary duties.” The customer is seeking $300,000 in damages and the case is currently pending.

Pursuant to FINRA Rules, member firms are responsible for supervising a broker’s activities during the time the broker is registered with the firm. Therefore, Edi Financial, Inc. may be liable for investment or other losses suffered by Thurmond’s customers.