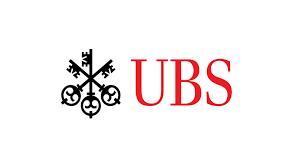 In January 2022, the Securities and Exchange Commission (SEC) charged German Nino with stealing $5.8 million from a client. According to the SEC’s complaint, between May 2014 and February 2020, he stole approximately $5.8 million from a long-standing advisory client. It is alleged that he had discretionary authority over several of his high-net-worth client’s securities brokerage accounts and represented to the client that he would invest their funds in securities.

However, it is alleged that he made unauthorized wire transfers out of his client’s UBS accounts, liquidating securities and depositing those funds into a bank account that German Nino kept separate from his other accounts. The SEC further found that he manipulated UBS’s records to ensure that the client did not receive notifications for wire transfers out of one of the client’s accounts. It is alleged that he also forged the client’s signature on letters of authorization to facilitate larger transfers.

It is alleged that he used the funds he obtained fraudulently for personal expenses as well as to repay another client from whom he had previously misappropriated funds. The SEC alleges that he also created and provided the client with fictitious account statements to show the client’s investment portfolio and related balances.

According to the SEC, the client’s son discovered discrepancies with the account balance in one account, and began to confront Nino, who confessed to stealing the money and promised to repay it when he earns a signing bonus from joining a new firm. Instead, the client’s son alerted UBS, which opened an investigation. German Nino then resigned.

By engaging in this conduct, it is alleged that German Nino violated numerous antifraud provisions of the federal securities laws and thus the SEC sought injunctive relief, disgorgement and prejudgment interest, and civil penalties against him.

German Nino has been the subject of one customer complaint, according to his CRD report:

Pursuant to FINRA Rules, member firms are responsible for supervising a broker’s activities during the time the broker is registered with the firm. Therefore, UBS Financial Services Inc. may be liable for investment or other losses suffered by German Nino’s customers.