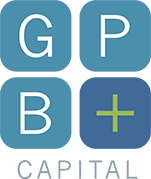 GPB Capital Holdings is a New York-based investment firm that offers exempt, private-placement securities that inherently have a high degree of risk due to their nature as unregistered securities offerings (and without regulatory oversight). The investment firm raised $1.8 billion from investors through private placements that invested in automotive dealerships, the waste management industry, and middle market lending. These investments were high risk and high commission (nearly 8%) private placements.

According to an article in InvestmentNews, “the company noted that if distributions were added to the fair market value, investors did better. The distributions in the GPB funds are not returns on the investments but a return of a small piece of investors’ initial capital. Adding in distributions, investors in GPB Holdings II and GPB Automotive Portfolio saw decreases in their investments, respectively, of roughly 13% and 25%, according to the company.”

In October 2000, Weschke was sanctioned to special supervision by the Virginia Division on Securities regarding, “Based on Mr. Weschke’s disciplinary history, mr. Weschke and the employing bd firm, self trading securities, inc. Agreed as a condition of registration to be bound by a special supervision order, which requires additional monitoring of mr. Weschke’s activities for a period of 12 months.”

In June 2000, the Ohio Division of Securities revoked Weschke’s registration regarding, “the applicant was not of good business repute.”

Weschke has been the subject of 14 customer complaints between 1998 and 2019, according to his CRD report. Recent cases are regarding:

September 2019. “In February 2019, client invested approximately $127,000 in GPB related products. Client also invested in nine other products but arbitration doesn’t address those investments. Claim is against BD and alleges breach of fiduciary duty, breach of contract, etc. Does not specifically allege unsuitable transactions.” The customer is seeking $127,000 in damages and the case is currently pending. This case is regarding private equity.

February 2019. “Unsuitable investment recommendations, breach of fiduciary duty, failure to supervise during the time period October 2015 – 2017.” The case is currently pending. This case is regarding real estate securities and private debt, including business development corporations (BDCs).

February 2019. “Breach of fiduciary duty, unsuitable recommendations during the time period October 2015 – 2017.” The customer is seeking $200,000 in damages and the case is currently pending. This case is regarding real estate securities and private debt, including BDCs.

Pursuant to FINRA Rules, member firms are responsible for supervising a broker’s activities during the time the broker is registered with the firm. Therefore, Kalos Capital, Inc. may be liable for investment or other losses suffered by Weschke’s customers.