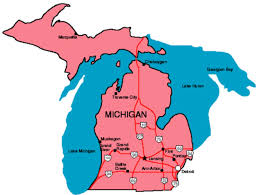 Erez Law is currently investigating Corecap Investments, Inc. financial advisor Ernest Romer II (CRD# 2311741) regarding unauthorized trades and other acts of securities fraud. Romer was registered with Corecap Investments, Inc. in Sterling Heights, Michigan from October 2012 to January 2017 when he was terminated regarding, “Failure to report outside business activity and violations of firm policies relating to transactions with clients.”

In August 2017, the state of Michigan sanctioned Romer to a cease and desist and ordered him to pay $1 million in civil and administrative penalties and fines following an investigation alleging that he operated a fraud in which he convinced customers to liquidate securities, depot the funds into an account he controlled, and use the funds for his own benefit. The state of Michigan revoked Romer’s registration and barre him from registration with a broker-dealer.

In July 2017, FINRA barred Romer from association with any FINRA member in all capacities after he failed to respond to a FINRA request for information.

In January 2016, Romer was sanctioned to $10,000 in civil and administrative penalties and fines and suspended him for one month after he consented to the sanctions and to the entry of findings that he failed to disclose on his initial Form U4 the existence of an IRS tax levy and State of Michigan tax liens filed against him.

Romer has been the subject of 13 customer complaints between 1998 and 2017, two of which were denied, according to his CRD report:

October 2017. “Client alleges that Representative took funds from her under false pretenses for alleged investments in two companies which actually belonged to Representative.” The customer is seeking $250,000 in damages and the case is currently pending.

September 2017. “Claimant alleges that he loaned money to registrant and did not receive it back; false representations about tax consequences.” The customer is seeking $115,000 in damages and the case is currently pending.

September 2017. “Claimant alleges that Romer stole $80,000 from him by borrowing it, purporting to make an investment with it and failing to return or invest the money.” The customer is seeking $80,000 in damages and the case is currently pending.

August 2017. “Client alleges that Romer stole funds from him in the amount of approximately $150,000 and failed to make promised investments.” The case is currently pending.

August 2017. “Alleges that Romer took $60000 from her under false pretenses and has failed to invest or return the money.”The case is currently pending.

August 2017. “Claaimants (sp) alleges that Romer solicited funds from them to invest in a firm owned by him P&R Capital. They further allege that no such investment was ever made and that Romer converted the funds to his own use. Plaintiffs also allege that there were improper sales practices the sale of an annuity to them.” The customer is seeking $110,000 in damages and the case is currently pending.

July 2017. “Complainants allege that Romer solicited $50,000 from them to invest in “Corecap Solutions” but converted the money to his own use. Claimants did not name Romer, but firm has brought him in as third party defendant as of July 27, 2017.” The customer is seeking $50,000 in damages and the case is currently pending.

July 2017. “Complainant alleges that Romer converted $46,000 of his funds through an alleged investment in P&R Capital.” The customer is seeking $46,000 in damages and the case is currently pending.

November 2003. “The customer’s statement of claim alleges that in june and july of 2001, the rr recommended the purchase of variable annuities. Claimant alleges that the sub-account allocation recommended by the RR was not suitable given claimant’s circumstances and investment objectives and that RR failed to disclose the risks of the investment.” The customer sought $184,000 in damages and the case was settled for $100,000.

Pursuant to FINRA Rules, member firms are responsible for supervising a broker’s activities during the time the broker is registered with the firm. Therefore, Corecap Investments, Inc. may be liable for investment or other losses suffered by Romer’s customers.