Were You A Victim of the SMFG, Inc. Ponzi Scheme With Ronald Fossum Jr.? 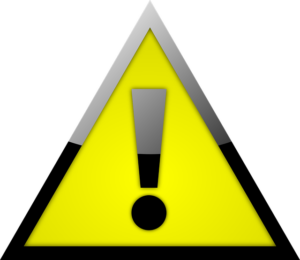 Erez Law is currently investigating Washington financial advisor Ronald Fossum Jr. (CRD# 3194203) regarding fraud based on his misappropriation of fund assets and misrepresentations to retail investors about the financial condition of three funds he operated in a Ponzi-like fashion. Fossum was registered with Mutual of Omaha Investor Services, Inc. in Lynnwood, Washington from 2000 to 2008.

In December 2017, the United States Securities and Exchange Commission (SEC) opened up an investigation against Fossum alleging that he raised more than $20 million from more than 100 investors in three pooled investment funds that he managed:

The SEC alleges that between March 2011 and June 2016, Fossum managed the three funds through three entities that he owned and controlled, SMFG, Inc., Smart Money Secured Income Fund Manager, LLC, and Turnkey Investment Fund Manager, LLC. It is alleged that Fossum engaged in multiple fraudulent and deceptive acts, including misappropriating money for various personal expenses, misrepresenting the financial condition of the funds, concealing one fund’s inability to redeem investments as promised in offering documents to investors, and indiscriminately commingling fund assets and transferring money between funds.

According to the SEC complaint, Fossum defrauded investors of the SMFG Funds by improperly using money from the funds for his personal expenses, including mortgage payments on a home for three years, $150,000 in personal tax liabilities, and $40,000 in travel expenses for seminars at luxury resorts.

The SEC alleges that Fossum caused the SMFG Funds and the Managing Entities to file for bankruptcy in June 2016. The fund is currently being liquidated and, “it is not probable that it has sufficient assets for any meaningful repayment of the more than $20 million in principal contributed by investors.”